The Second Mix Podcast - Reflect, Revise, and Remix Your Life

Your Network IS Your Motivation 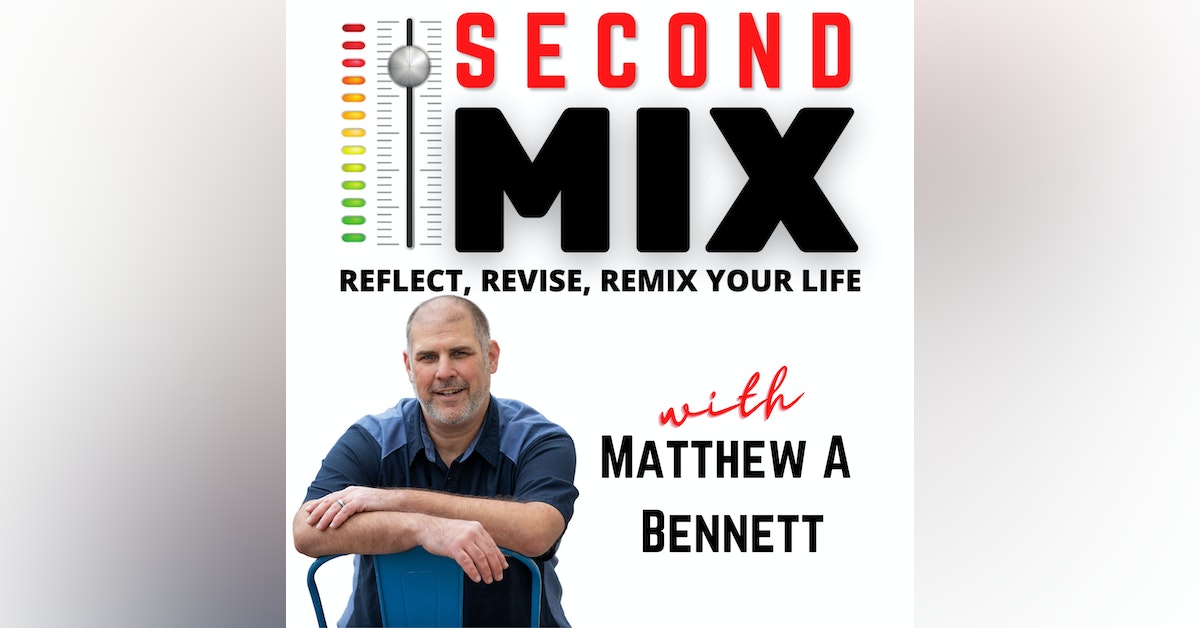 When I was with the "wrong" people, not only was my mindset wrong, but it was seriously affecting my desires, my goals, my mission, and my vision for my life. It all works together. Any moment you choose, you can begin looking for the exact people you need to stop procrastinating and start getting what you want out of life. Whether they are friends, mentors, coaches, or mastermind groups, it is well worth finding the people who will carry you with them.

Buy Me A Coffee!
The Ideas and Concepts Mastermind (Facebook Group)
SecondMix.net
matt@secondmix.net

Your Network IS Your Motivation

I just listened to Jim Rohn talk about association and the people we decide to be around. Life gives us a bunch of people based on thousands of factors. But this other group we have to diligently search for. We also have to make choices about who we're going to spend our time with, and that is going to have a direct impact on how much influence, money, impact and life that you have . As he talked about it. I had the thought that probably the reason I'm doing so well right now and doing the right things with money is because of who I am associating with. I'll talk about that change in 5, 4, 3 2 1

In previous times in my life I'd would want, for example, a keyboard and I would just strive for that keyboard. I'd think about it all the time. And that's what I wanted was that keyboard. It was my whole goal, and my life's purpose at the time, it was everything to me.

I was burning to get the new keyboard. And so I do everything that I could to aim toward and buy that keyboard. I called people, I made things happen. I tried to find out how I could get it on credit. Tried to find out if I could have somebody buy it for me. You may know what I mean? I always went after that little desire that I currently had, and the desire was always for some physical object, some thing that would temporarily improve my life.

The people that I looked up to were looking down on me as I tried to make money as a musician, a magician, doing things that I loved doing. I was an entrepreneur that wasn't hanging out with entrepreneurs. I was not hanging out with the right people. So they looked down on me and told me I needed to get a 40 hour a week job and start packing money away in my 401k so I could retire at 65 and be able to afford life after retirement. That was not appealing to me in any way I could not grasp it in part of me. Part of me knew that that's what I was supposed to be doing.

I felt like that was the right thing to do. You get a 40 hour a week job you save for retirement. You retire at 65. And I did not fit into that box. And I thought there was something wrong with me.

My network at that time was not living the life that I wanted to be living.

But I'm not saying I was doing everything right back at that time in my life, I still would just burn for desire for whatever object I wanted to have.

There was nobody there to tell me at that time in my life that I could buy an income property and that that income property would pay for the keyboard and then keep paying me.

So I would just go after whatever desire that I wanted to have until I changed my associations. I changed who I regularly spend time with. Now things are different. I actually have a desire to save money. My burning desire is to have money in the bank and down payments for income properties. I desire to own income producing assets, and that is not by accident.

And I didn't simply just choose that it became what I wanted to do. I hang out with people where that's, what they want to do, what they want out of life is to make smart decisions with their money. And so really changing the association I'd have to say is as important as your input, as far as what you do.

There's there's a possibility that you're reading and you're learning and the seminars you listened to, those things, all change your mindset . And your association input actually changes what you want. It changes your desires, it changes what you end up making your goals.

I came here today to say that because I'm hanging out with eight or nine people that I see myself as I'm like them and they save money and they try to create businesses and they try to find income producing assets and that's who I'm hanging out with. And maybe I'm not pushing as hard as I can, and I'm not pushing as hard as them right now, but I'm still just taking the little steps to get what I want.

And I'm staying committed to this change. And all of that has been tremendous for me already in just a couple of years. I just watched an episode of the show, Only Murders in the Building where Martin Short's character was looking for $32,000 to start a project. I had the thought that just three years ago in my own life $32,000 would be an impossibly large sum for me to ever be in possession of, or to ask for. And now I see things in a different light. I'm not saying that I'm at a point that it doesn't seem like a lot of money to me. $32,000 seems like a huge chunk, but I'm pretty close to putting more than that down on some assets and borrowing multiple of that from a private lender to get another asset. My whole mindset has changed and every bit of it has to do with the books I read the seminars I listened to and the people I'm around. My effort to change was entirely the result of what I chose to put into my head. And the people gave me the inspiration and the information and everything I needed to decide that I want something more, something bigger than scraping up enough money for a $1,500 keyboard.

So who can do it? Who can change? I'd suggest that anyone can make these changes. Anyone who will take the time to learn and get around the right people. People are an asset you have, even if you don't know them yet, you'll never run out of people. If you want to up your game, this week, make a list of the people that you're around the most and ask yourself, what are they teaching you about life? Do they remind you that money is scarce and that you have to protect it dearly in order to get the little things that you want in life? Do they remind you that life is pretty negative most of the time, and that it's a struggle to maintain satisfaction and forward momentum?

Or do they push you and stretch you to become more than you are right now?. If you want to become more, add people to that list, spend time with them. And this week come up with a plan to meet with one person who is successfully doing what you really want to be doing. And if you're serious, meet with another and then another, and you may be nervous and you may feel foolish, but sooner or later, you're going to meet up with the people who are going to help you change your life.

Thanks everybody. I will be here every Monday and Thursday until my cats stop getting their hair on my clothes.